Set against the backdrop of a heated national debate, The Elephant in the Living Room chronicles the extraordinary story of two men at the heart of the exotic pet issue.  Tim Harrison, an Ohio police officer whose friend was killed by an exotic pet; and Terry Brumfield, a big-hearted man who struggles to raise two African lions that he loves like his own family. 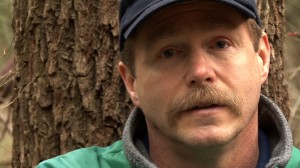 Tim Harrison is a highly trained police officer, firefighter and paramedic for the city of Oakwood, Ohio.  At a young age, Tim developed a love and vast knowledge for animals and eventually took in young lions, tigers, wolves and snakes into his home – raising them for zoos.
.
.
After becoming a police officer, he began to see and experience the negative side of the exotic pet subculture where these deadly animals were escaping or being turned loose into our cities and suburbs.  In his career, he has been called to rescue, relocate and capture literally hundreds of deadly snakes, lions, bears, tigers and gators.  Today, Harrison is regarded as one of the world’s most well known and respected advocates for the protection of dangerous captives animals. 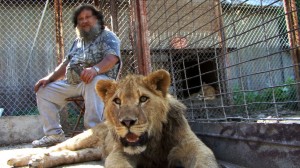 Terry Brumfield has always had a deep love for both people and animals.  But after a truck accident leaves him bedridden and incapacitated, Terry sinks into depression until the day he was handed an African lion cub.

Terry’s affection for this majestic creature gives him a new lease on life that runs so deep, he begins to raise two lion cubs in his home.  Before long, Terry is faced with the joys and trials of owning and caring for a pride of full grown African lions on his property.

In the first of many unexpected twists, the lives of these two men collide when Terry’s 550 lbs. male lion escapes its pen and is found chasing cars on a nearby highway.